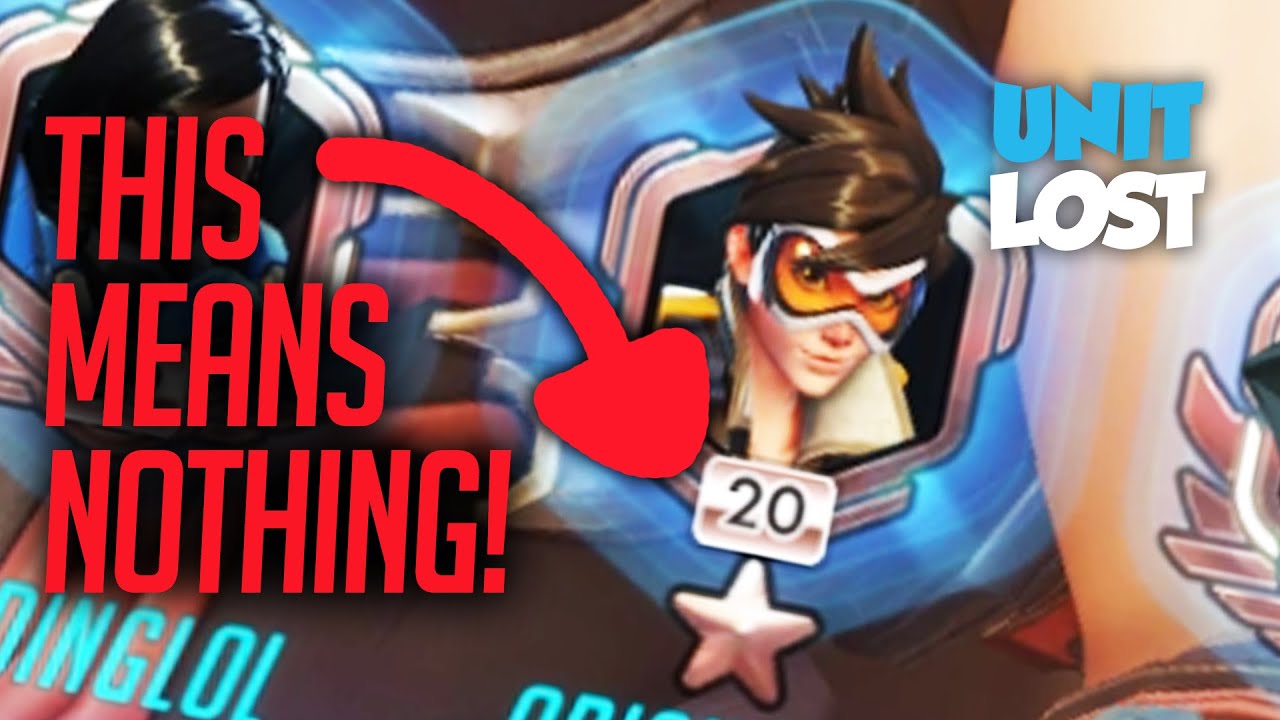 After somewhat of a hiatus in developing a methodology for using games and game-like thinking in learning design, I hope that you’ll tune in and spread the word among like-minded colleagues about a series of posts I’m going to publish in the next few weeks and months.

This isn’t about levels, badges or using Minecraft. It’s about constructively aligning enquiry based learning with the NESA curriculum requirements – drawing on game theory and game cultures to surpass what I see as an increasingly dated PBL model (which is now 25 years old).

I’m not going to tell you enquiry is good, games are good or puppies are good – but explain how to develop a K12 KLA based learning continuum which is more dynamic and flexible because it taps into children’s own experiences of games and media.

It is drawing on my own research into video games and children and over a decade of talking about and using PBL in schools and university. I will talk a lot about Overwatch – as to me, the mechanics and dynamics of this game and culture are incredibly relevant to learning and teaching – and I’m so sick and tired of Minecraft being falsely seen as the edu-apex of what can be possible.

I’m going back to beginning – WoWinSchools, Skoolaborate and other gem’s of brilliance that seem to have been lost in the dreariness of Minecraft discussions. You don’t even have to play games – or use games, but you do need to accept that games-media is the most significant interactive phenomenon in children’s media-lives. If you don’t, then I’d suggest you read more than Tweets – as this has been a fact for well over a decade now.

Before reading on – go back to basics – JSB – who talks about why tapping into knowledge as a network is more powerful than any single person or technology. This ten minute video presents complex and thought provoking alternatives to schooling – and to me remains as relevant today as it did a decade ago.  Most of all, this video was made at a time where brands and products did not dominate or distort discussions about new ways of learning and teaching. To me, this one of the most important videos ever posted.

So a decade on from this talk — this series of posts is my attempt to share what I’ve been thinking, constructing and tinkering with.

Firstly, this is a framework which takes in numerous theoretical elements from education, gaming, and media theory. Secondly, it’s a framework to design enquiry, measure progress and give feedback within the constraints to the Australian curriculum. For the most part, I’ve been working on this in some iteration for well over a decade so some of it might seem familiar. It’s assumes: learning is blended, the pace of learning is dictated by the student and given to them at the outset – in full.

The posts are going to set out how I go about creating a blended learning environment which is brand-agnostic and can be implemented in the primary and secondary school setting. They will establish how to use an enquiry approach, in which students solve problems through projects. I hesitate to call this PBL or GBL as both terms have been hijacked by psuedo-celebrities etc., I’m going with a new neologism – GBE – Game Based Enquiry – in so much as it attempts to draw upon the patterns of rhythms experienced in awesome games. If you don’t play games, then you will not get much of this as it really requires more than a shallow understanding of what it feels like to explore the wilderness of your own understanding while blasting bad-guys.

This ‘design thinking’ illustration helps underpin my approach to GBE. It also connects with the work of Pam Cook in constructive alignment using Biggs’ SOLO Taxonomy.

The most important pillar of GBE is to approach learning design through ‘learning intentions’ rather than problems to solve. I’ve departed company with classic (vanilla) PBL methods in order to focus on what teachers see as their intentions at the outset, rather than starting with the end in mind and then trying to come up with an open ended question to lead students to it. What is often not talked about in PBL is the degree to which teacher-bias limits the supposedly broad scope of student voice and choice.

To me, if you know the ending in a narrative driven game, there would be less enjoyment and motivation. The important initial discovery phase of learning becomes yet another creepy-tree house created by teachers. If you like, GBE’s whole ethos is to allow open-world movement, rather than follow a set narrative – where the boundaries are set by time, resources and alignment to the reportable-curriculum.

The above diagram is lesson one. Imagine learning as a horizontal plane that moves though phases of inductive and deductive thinking. There are three phases, and unlike PBL, there are lots of interchangeable parts to work with (I’ll expand later on that) – which I tend to call EPISODES as GBE necessarily uses the narrative of school and the teacher.

Think about a decent multiplayer game – players choose from a set of options, and each option shifts the experience of the overall game, depending on what players select. For example: In Overwatch, Junk Rat is best played when the opposing team plays three tanks with low mobility. He’s less effective against high mobility team compositions. The better players select heros based on composition, not their looks, characterisation etc., For teachers, choosing the right enquiry composition is essential – to avoid the boredom of sticking to the BIE method and dictatorial language conventions – Seriously, kids soon become bored with ‘need to knows’ as much as they hate being Power pointed and given a test.

So where PBL starts with a driving question, GBE starts with discovery and initial insight experienced as a challenge or narrative-scenario. We still want to cast students as the hero who is about to undertake an adventure … but we don’t want to give them some teacher question based on a TUBRIC or contrived question. In my experience, teachers spend way too long trying to craft a great driving question – and ultimately 50% of kids switch off as soon as they see it – as it isn’t interesting – and from that point, the intention is not to learn, but to get through learning.

So in the next post I’m going to deal with how a GBE framework creates ‘learning intentions’ in more detail.

I have a confession. I collect Blooms adaptations. It seems like the making up new Blooms is a very popular pass time of teachers using the Internet these days. Most of them don’t feel particularly interesting, but I tend to bookmark them as I find them as a sort of personal Blooms Museum. Every now and again I find one that is interesting such as this.

You can grab a copy from the author here and get a better quality version. What I like about this is that it’s a loop, not a triangle. It’s also a good attempt at describing the typical problem-solution cycle evident in video games. The author is proposing that these stages can be constructively aligned with Blooms taxonomy.

If you are teaching though an enquiry process, then this loop is relevant. Rather than learning being a series of steps, which might take place over several days or weeks – consider how this could be uses as a daily activity loop. I’d argue that if a child is involved in this cycle – and more importantly can IDENTIFY where they are in the loop at anytime, then it’s highly likely they will be reasonably engaged and productive. Of course the key is to make sure they are immersed in a learning episode that uses these stages.

The start here, I’d suggest is a good way to pre-test and find a way for students to make something that reveals their interests, knowledge, skills, assumptions, biases and errors. All to often lessons seem to start without doing this at all. If the kid can get 60/60 on a pre-test, then why would they bother doing the task.

Think of a video game, the first thing you get to do is choose gender, race, class and a small selection of gear to get started. We all have our preferences here … as we’re often used to playing (learning) in a certain, familiar modality. There’s nothing wrong with allowing kids to work from their preferences – comfort zone – as ultimately they are going to have to move away from it with the problems you set later.

This loop is something that can be actively tracked and reinforced to students during the enquiry. It can be designed into the sequence of learning with ease. It doesn’t have to use the rigid language of Blooms (high to low) and I’ll declare here that I think this is too dogmatic for modern learners anyway. I think this is a pretty innovative way of looking at learning-loops, and if kids get to try and repeat these loops, know where they are, and why they are doing it — then it’s going to help reinforce the essential value of enquiry based learning.

I thought I’d drop a post about games-based-learning, as there seems to be total confusion about it, and where it sits with social-media. I’ll try to just make points.

What games quietly whisper (when done well) is KEY (Keep Educating Yourself). That’s the art of listening, learning, sharing and undertaking meaningful work. Finally, Game Based Learning does not mean computer and video games. It means being able to sustain an experience loop towards a goal with a satisfactory conclusion. This means you can run a perfectly respectable game in EduBlogs.

“The secrets of the Bayaux Tapestry”

It’s a heroic game (there are types of game-narratives).  It uses a piece of wallpaper and a wiki and a video I didn’t have to make, just to illustrate the point – the stuff is out there, use it, don’t remake it.

All games have rules, so here are mine:

The student(s) are players in the game. They have to overcome problems for which they are rewarded with more problems. Some are more interesting than others, some easier than others. The game has a goal, and everyone has to work through levels to get to the goal. There is NO teaching needed. The teacher is the game-maker (way more fun), they can leave clues, offer some guidance, a few lies, but they can’t explain everything – else the hero will never find the extremes of reality, and make less sense of the ‘real world’ because of it.

Anyway, I thought I’d put up a 10 things post as they are all the rage in social media I hear.