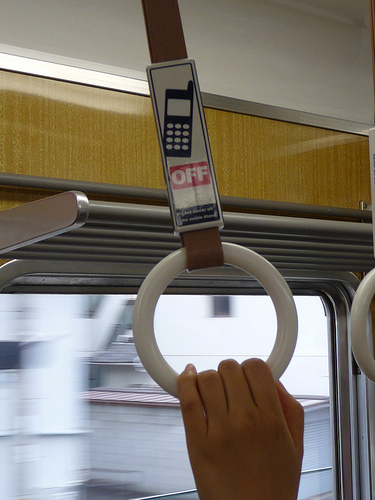 I’ve followed Steve Wheeler’s recent commentary on Twitter and personal learning networks and thought I’d extend on the discussion, as I see these things a little differently. Have blog, will theorise.

One of my pet theories is that digital learning for in-service teachers is best served on the run, in short bursts anywhere you can access it. This is my ‘downtime-learning’ theory that’s based on the ideas of Mr Downes around Connectivism.

The resilience of systems, the lack of funding for in-service professional development, and perhaps a certain optimism that ‘they’ll do it themselves for free’ has to my mind created an enviable monster under the bed for education – almost inadvertently.

It is undeniably true and reported by scholars that top down technology initiatives fail time and time again to prepare teachers adequately, which in turn fails to alter their dominant belief and attitude towards everyday pedagogical approaches. Furthermore, professional development in a formal sense tends to treat adults as they do children – locking them in rooms with computers.

Part One – The Downtimer theory

The solution, for reflective-teacher-learners is to explore and consider the role of technology from their seat on the bus or train (not the car – you’ll crash). We dip into learning in the park, waiting for a friend or ordering a coffee fix.

This I’m calling my ‘downtime-learning’ theory.

My hypothesis is that digital-mastery among teachers occurs sporadically in networks, powered more by gamer theory than any single educational theory. Furthermore mobile learning is more satisfying and generative than either the home or the workplace – and there is almost no design imperatives to create similar environments. We learn more when we are not at desk so to speak.

The importance of this for teacher educators is their systems and institutions will remain ineffective in comparison, unable to shake a legacy method and unwilling to declare failure.

In addition, smart-teachers build personal capacity and activate it inside networks and tempted to leave any organisation that tries to tame their ambition or access. The option of working entirely ‘online’ isn’t a delusion it’s the most significant threat to stability of essential ‘ground based’ places of learning. After all, most kids don’t have any other option – we still need local communities and strong social connections to people.

Part Two – Scale is impossible if you build walls.

To broaden my argument, stand in a public space or take public transport as an observer. You’ll see all sort of people doing all manner of tapping digital objects – as we shake out information and experiences. The physical keyboard and mouse inside 4 walls is a DEAD belief. We can learn anywhere if we have people worth learning from. We just need someone to lead us until we can lead ourselves – which is the ultimate instructional designer’s goal – and the empirical basis of good game design. Downtimer theory is about sustainable and stable learning centred around the person, regardless of where they work or where they study. By 2020, Australia will represent less than 2% of the world internet access – and yet currently has one of the highest mobile phone ownership rates. Why will be be bottom very soon? I think this picture is a big clue. This isn’t how we see the world? We are learning in downtime, they are learning because it creates massive up-time.

Zoom in on individuals with mobile phones. What are they doing? – the are cheating our societies downtime, finding something to occupy their restless subconscious – experiential learners on a course of their own design. We still go to and from work, but we’re learning in the middle.

People on their mobile devices do a surprisingly small number of things repeatedly.

They check their text messages, email, Twitter, Facebook, they follow network-links and investigate people they see as interesting. They do this hundreds of times a day. Input, find, process, respond – question and confirm. IPFR – QR is a kind of ugly acronym, so I think ‘downtimer‘ or ‘downtime-learner’ is better – and far better than digital-native or immigrant.

Actually deciding on what to do is much harder than following a prompt. Twitter generates thousands of personal prompts a day for each person. We’ve learned that trying to decide isn’t effective. The freedom of interpretation (I have this 5 freedoms theory too).

Social media has created a vivid, diverse and unpredictable experience – that feels increadibly satisfying. The constant pinging of our networks, its the time-clock as we look for clues and ideas from other people to make sense of problems, challenges and dilemmas.

Twitter is a mastery dash-board. You don’t need to be gifted know it’s works on connections, however it’s ability to create smart-sets of mentors and influencers allows us to performance measure ourselves verses everyone. It’s a flow of qualitative data to make sense of, rather than a transmission tool, providing information to make false dichotomous decisions. It takes a long time to work that out – and makes the idea of telling people about Twitter almost impossible. Each use case is personal.

Twitter is one example of numerous exploits for the game of education itself.

Rather than being stuck inside a perpetual feedback loop (the annual predicability of content, test scores, performance appraisals) it allows teachers to break out and and not wallow in problems. Rather that wait for an idea or problem to be processed by someone else, astute teachers use it to short-circuit the hurdle – instantly.

Do you find it annoying if your question takes a few hours not seconds to get a response? How does that compare to traditional learning? – Lag lag lag … you question is likely to be classified – off task or irrelevant to the lesson … that doesn’t happen on Twitter, Facebook or Games.

So when I think about my theory and look broadly at how we set about in-service professional development, or how distance education sees distance learning, I have to wonder why we designing for the long-course. It clearly has major problems that won’t be solved by buying HD webcasts over standard def webcasts, or embedding YouTube into an LMS.

I’m sticking to my ‘downtime-learning’ theory for now. To be an effective learner in a world with unprecedented access to people and information means being obsessed with learning everything and prepared to take action before you have learned everything you might want to know. This belief makes Twitter very useful. However it’s abstract for most teachers. My downtimer theory calls for teacher educators to start playing games with teachers … not training them if we want to win hearts and minds.

I’m going to prove this by working up a Games Based Learning Course for in-service teachers, leaving it as a theory isn’t much fun.

10 thoughts on “The Downtime Learner theory”