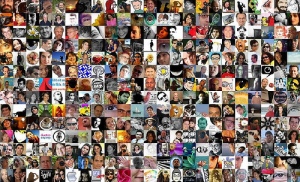 After a largely positive Head of Department staff meeting, where we showed staff a short clip of Will Richardson talking about the SHIFT, it reinforced to me the massive divide that is opening in teaching. The connected teacher is engaged in a global conversation that recognises the need to SHIFT our teaching ethos which has been so well outlined by a number of advocates such as Will, and road-mapped by a number of others – Andrew Church’s brilliant wiki about Blooms Digital Taxonomy being a stand out.

As the year progresses, it is great to see how Classroom2.0 and PBL is allowing students to access the higher order skills that Andrew outlines. What is also amazing is that for the large part, this has happened without any specific directive. Simply creating a Classroom2.0 – dropping firewalls to the bare minimum, giving kids access to scaffolded tasks in PBL and allowing them use Web2.0 facilitates this new taxonomy.

In comparison, the dis-connected teacher will cite, lack of ‘time off class’, being ‘too busy with marking’, ‘lack of access’ or quite simply a dismissal of Classroom2.0 benefits simply by labeling those doing it as ‘having too much time on their hands’, or ‘geek technocrats’.

Unfortunately, the ‘geek technocrat’ is a myth. In the last week or so, I’ve had some great conversations with Jeff, a Maths teacher in Montana. He is a great example of how a teacher is re-connecting with their own professional development, getting connected to a personal learning network, and fast tracking his skills – which in term has opened up his classroom to explore and engage in Blooms Digital Taxonomy.

Using the right tools, such as Google Reader to track comments and facilitate a pan optic view of a teachers classroom – generates time. They move way past previous expectations – faster – as the power of the network is greater than the node. Developing projects that are founded on a digital taxonomy speeds up student work. In a previous post, I have put up a group’s work – a two week project – it is easy to see that the students moved well away from low order skills – which is all too often the current ICT base line.

Most Classroom2.0 advocates I know are more than willing to help ‘new’ teachers get connected, but unless they drop the idea that things are going to be delivered on a plate, held in formal sessions during school time or giving ‘time off’ to learn is a mindset that cannot be SHIFTED by policy.

All I, or anyone can do in light of this, is to work with teachers who are willing to give up some time, introduce them to the benefits and keep pushing advocacy as and when we can.

Developing a personal learning network, engaging with other educators and sharing ideas is fun. It is not ‘something extra’ as 9 times out of 10 your network knows more than you when you ask a ‘new question’.

When I compare the skills and work students in our Classroom2.0 to the same projects in Classroom1.0, there is no comparison – The work, the engaged students, the skills they have and the way in which they apply these to personal or un-related problems is evidence.

If a teacher is heard to introduce a lesson as

‘Open your text book, read pages 34-44 and answer the questions on page 45’ – then they are using nothing more than the baseline learning – no matter how much knowledge is in the book – the activity itself is low order. The text book is based on Blooms Taxonomy – so it is asking the wrong questions.

Doing these activities in a computer lab – make a powerpoint, google this, make a booklet in word – is very very low level stuff. Even if they are using better applications such as Premiere, Final Cut, Photoshop etc., the task being performed – and application of that artifact – is still low order.

But lets not forget – the syllabus mandates the use of ICT in all key learning areas – so the argument of ‘I don’t have access’ is rubbish. They do. You don’t need to be on a computer 24/7 – in fact no one I know who is an ‘advocate for change’ would suggest that is a good idea. You need to ‘mash it up’ .

We are talking about re-thinking the time you have already. Be than 1 hour a week or 1 hour a day. ‘I don’t have access‘ is just one several default comments being used to avoid engagement as far as I am concerned.

This is why advocates focus on the ‘why’.

I think as I end this week, I’ve seen new teachers begin to advocate change … and see them un-deterred by the usual ‘not me’ get out comments. As students don’t vote, then I see part of my role in working with them to speak out for them. I realise that I then make an easy target for ignorance – but each week I meet new people, make new connections. Everyone is doing this, so the difference I think I am making in Education is no geographically limited to my school, and certainly not limited to my colleagues. I firmly believe that as we begin to embed a digital taxonomy into our physical and virtual spaces, into our curriculum and into the technology being used in schools, then this year I can see the growth in global professional development and the level of personal responsibility people are applying.

Sunday night I have 2 on-line meetings, a Newbie session to run in Second Life for Edcuators and of course attending Eurovision (which is more fun to me that watching a repeat of Frost on Channel 9).

Sure I’m a gamer – but that doesn’t mean I’m disconnected from reality – and neither will the students I work with or the teachers I’m connect with. 🙂

2 thoughts on “Where are you?”